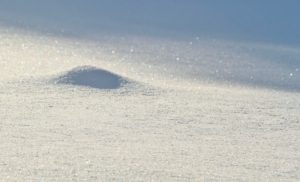 Winter arrived late this year. Some almost believed that we’d go from a mild September to a blooming May, but that’s hardly the case when we talk about Toronto winters. After all, snow and Toronto go way back. There is an average of 47.8 inches snowfall every year in Toronto with January being the whitest month of the year. The first snowflakes fall around November, but they can come as early as October. There is an average of 2 inches fresh snow on the ground unless we are talking about great blizzards, which leave behind 4 or 5 inches of snow. The greatest snow depth so far was 7.9 inches. Pretty amazing if you think about it!

Why do we complain about snow?

Now those living in warmer regions can’t really imagine what Toronto residents go through during the heavy winter days. The truth is that snow doesn’t make anyone’s life easy. We spend much on heat expenses, keep going out to shovel the snow, can’t use our car when snowfall is dense, can’t go shopping, and getting to work is not the easiest thing to do.

On the other hand, we can’t disregard the advantages of snow. Although Scandinavian countries seem to lead the way when it comes to white days, Canada is one of the coldest and snowiest nations on earth. As the senior climatologist with Environment Canada, David Phillips, said, Canada experiences an average of 200cm of snow every single year. That’s a lot!

Toronto is prepared for the snow 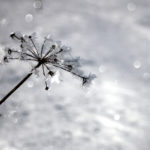 It’s not a coincidence that there are several snow removal companies in Toronto alone. First of all, if you don’t clear your pavement within 12 hours of weather clearing, you get a fine. And it’s not cheap either. It will empty your pocket by $125. You are probably wondering when we’ll start talking about the snow advantages. Well, we already are. Think about it. We live in a city, which is fully prepared to deal with the heaviest snow blizzard. Extreme temperatures and weather conditions are not easily dealt with without the right infrastructures.

Calling Greenbloom Maintenance to clear your home sidewalk or your business’ parking lot from the snow is a piece of cake. These guys are prepared to cope with such issues and when customers get a package deal, they get up and go when the snow depth exceeds the 2.5 cm. The city has an excellent infrastructure and clears the streets of snow right away. Senior citizens and people with inabilities get free snow removal services from the city.

We are prepared, too. Who doesn’t have winter tyres and chains? Who doesn’t keep a shovel in the garage? Everybody gets ready for the cold and white Toronto winter days. The city does, too. Snow removal experts are ready to go and they have snow plow vehicles of different sizes in order to clear walkways, pavements, driveways and streets of all sizes.

So, the life of Toronto residents becomes easier and the business of local companies thrives. Did you know that snow removal and control in Canada is a billion dollar business and the revenue exceeds that of recreational winter activities? Speaking of which, this is one more advantage of snow. Skiing, boarding and having fun in the snow! The snow show in Toronto is a major event. Skiers and fans of the winter sports from all over Canada are gathered here to compete and have some fun. This brings more money to our city and keeps people interested in different sport activities, which also keep everyone fit. So, what’s not to like about snow in Toronto?